That is a terrific sauce, we use it on everything......Seth & Donna, (Deer Park, Texas)

What am I gonna do for sauce when you leave......Mary Benjamin, (North East, Maryland)

I am building a cooker just for your sauce and I plan to enter a contest with it......Danny, (Newark, Delaware)

I use it on scrambled eggs......JoAnne Young (Chesapeake City, Maryland)

Antie Lou Ann - your sauce will be on the shelf next to Heinz someday......(Lou Anns neice) Michelle Medley, (Soldotna, Alaska)

Your sauce should be on the top shelf......Danny Woods, (Newark, Delaware)

I even put some in my spaghetti sauce......Karen, (Waldorf, Maryland)

I add it to the base of Turkey soup......Anonymous, (Rising Sun, Maryland)

Many people have commented about Lou Ann's BBQ sauce, far too many to list here.  If you have comments about Antie Lou's (soon to be) famous sauce.  Send me an e-mail, and I will add your comment to this page.  Thank you, everyone, for supporting my Mom and her sauce.
Over the years, Lou Ann has moved several times.  Whenever Lou Ann has left, people make their last minute trips to see her and purchase a large supply of sauce.  Lou Ann recently visited me & the kids in Maryland, I asked her to list a few comments people have made about her sauce over the years.  These are just a few she thought of when I asked her a few years ago....... 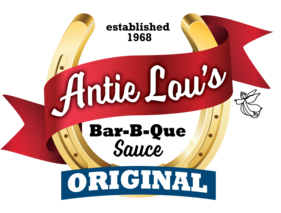 In 1956 Lou Ann Burns, Founder, Burns Barbecue, moved away from her hometown in northern Minnesota to make a family in Dallas Texas with her new husband, George.

In the early 60’s Lou Ann was a stay at home housewife, only to have access to a vehicle after George came home from work.  Over time, Lou Ann's relationship with George husband became tumultuous.  George, as he spiraled downward into drug addiction, became possessive and would not allow Lou Ann to go anywhere on her own, even to the grocery store. While George continued to abuse drugs, their relationship quickly became explosive.

It was during this volatile period that Lou Ann developed her sauce.  Desperate for variety in her cooking and not able to get to the store, Lou Ann threw her Barbecue Sauce together with items she had available in her kitchen.  It was under these bizarre circumstances that Antie Lou’s Barbecue Sauce was born.  The conflicts of the relationship had driven Lou Ann to develop a perfectly sweet and unmistakably hot barbecue sauce that reflected the very emotion she was living.

In the late ‘60’s, with a failed marriage to boot, Lou Ann with two children in tow moved back to her hometown in Minnesota.  Lou Ann carried her sweet & spicy recipe with her and began to make it for family occasions.  Before long, the whole family insisted that Lou Ann make the Barbecue for family gatherings.  The whole family raved over Lou Ann’s Barbecue and her sauce.  Her nieces and nephews would surround their Antie Lou Ann while she prepared the barbecue.  Hence the name was born; Antie Lou’s Barbecue.

In 1978, George showed up at Lou Ann’s doorstep.  Clean & sober for nearly 10 years, George recognized his renewed love for Lou Ann.  Deeply in love again, George & Lou Ann re-married in 1979, and moved back to Texas.  Their unconditional love for each other was finally realized.

During this time Lou Ann tweaked and perfected her recipe.  With her recipe perfected, Lou Ann started receiving repeated requests to ship her sauce to friends & relatives in Minnesota.  Their neighbors in Texas noticed the exquisite aroma from George & Lou Ann’s home.  Soon, the neighbors started purchasing her sauce.  Lou Ann didn’t have a packager back then, she cooked her sauce in her own kitchen, and personally taste tested each batch.  Her method was unique, Lou Ann required the locals to bring their own containers.  In a short time, people came from miles away with mayonnaise jars, pickle jars and some even came with milk jugs to buy Lou Ann’s Barbecue sauce.

Unfortunately, over the years, George and Lou Ann had grown apart.  They split for the second time in 1982.  But not before George had learned the full potential of Lou Ann’s sauce.
After divorcing George for the second time, Lou Ann moved to Maryland near her daughter and grandkids.  By this time, Lou Ann was shipping her sauce to several states.  With encouragement from her daughter, and with the help of Pennsylvania’s Amish culture, Lou Ann developed a way to hot pack her sauce so that she could easily ship it across country.  She started with regular Ball style canning jars, but they were expensive.  With increasing sales, Lou Ann located a cannery in Lancaster, Pennsylvania to make her sauce in larger quantities.  People in Cecil County Maryland and Lancaster County Pennsylvania soon started hearing about this home based barbecue sauce.  The label and logo were developed so she could start selling it locally.  Antie Lou’s Barbecue Sauce is packaged today, much like the early original development of her product.

Lou Ann’s Barbecue sales were booming in Maryland, Lou Ann was living happily near her grandchildren when tragedy struck.  Lou Ann was stricken with debilitating back pain which required risky surgery.  It was while Lou Ann was recovering from back surgery at the age of 63, that George made contact with Lou Ann again.  George & Lou Ann’s once volatile relationship, so troubled, and paradoxical was borne again.  In poor health himself, but still desperate to see Lou Ann, George sent Lou Ann a one way plane ticket to Texas.  It was while Lou Ann was en route to see George that he died.

Was it the clash of their relationship that influenced Lou Ann in the creation of her perfectly sweet and unmistakably spicy barbecue sauce?  Or was it a deep seeded desire to develop a sauce that complimented two very opposing flavors.  We may never know what influenced Lou Ann to create her perfectly sweet and unmistakably hot barbecue sauce.

This Barbecue Sauce that was born under remarkable circumstances, and developed as a result of an explosive relationship has come a long way since the 1960’s.  With help from family, friends and loyal customers; Haley Food Products will continue to make Antie Lou’s Barbecue Sauce available to you.

Barbecue Sauce orders are currently being filled by Haley Food Products, LLC., Newark, Delaware. Give us a call; or drop us an e-mail; we are happy to hear from you.